I love this race it has it all, hills, mud, The South Downs and its hard as nails as far as marathons go. 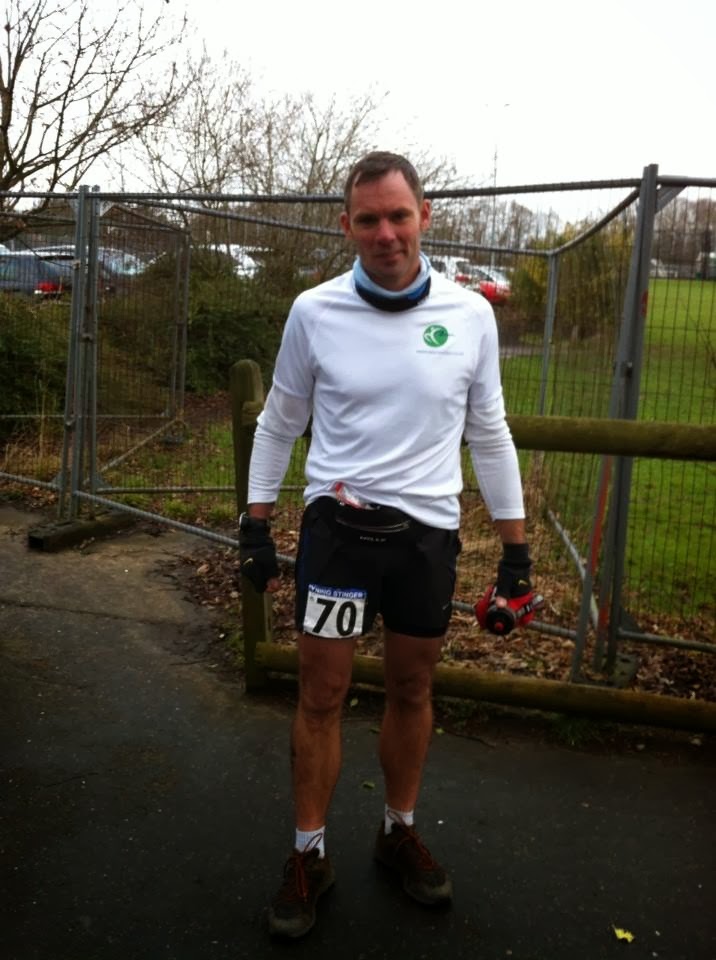 I spoke with my running buddy Jeff a few days previous to this one and we decided to run it together after all we are both training for bigger things so no use bustin our balls too hard.  I went in to this with one primary goal and that was to run the whole thing. No Walking! If you've run this race you'll know that is a tough ask but with UTMB looming in the not too distant future hills are everything.
The Stinger has an unusual start basically you can go when you are ready or wait for the mass start at 8.30. I arrived early and after checking in and a quick cuppa we decided to go straight off, probably about 8.15.
I had read on FB that the course was exceptionally muddy and that was for all to see, within a few miles we had been up to our shins in it and I was lovin it.
After the first few miles we start to ascend rather dramatically out of Washington and all the way up to Sullington hill covering about 2 miles this was ok and we were feeling good. Then was a nice drop down to the A24 things were going well and we were putting the world to rights discussing all things running. No stop for us at the water station as we were both carrying fluid and didn't need a refill just yet.
Leaving the A24 you rise again for the second of four "stings" all the way to the top of Chanctobury ring. This is at least 2 mile from the A24 and a tough climb it was certainly a relief to reach the top. Chanctobury is approx mile 10. Just after this i started to feel it in my legs and come mile 11 my first Gel came out. 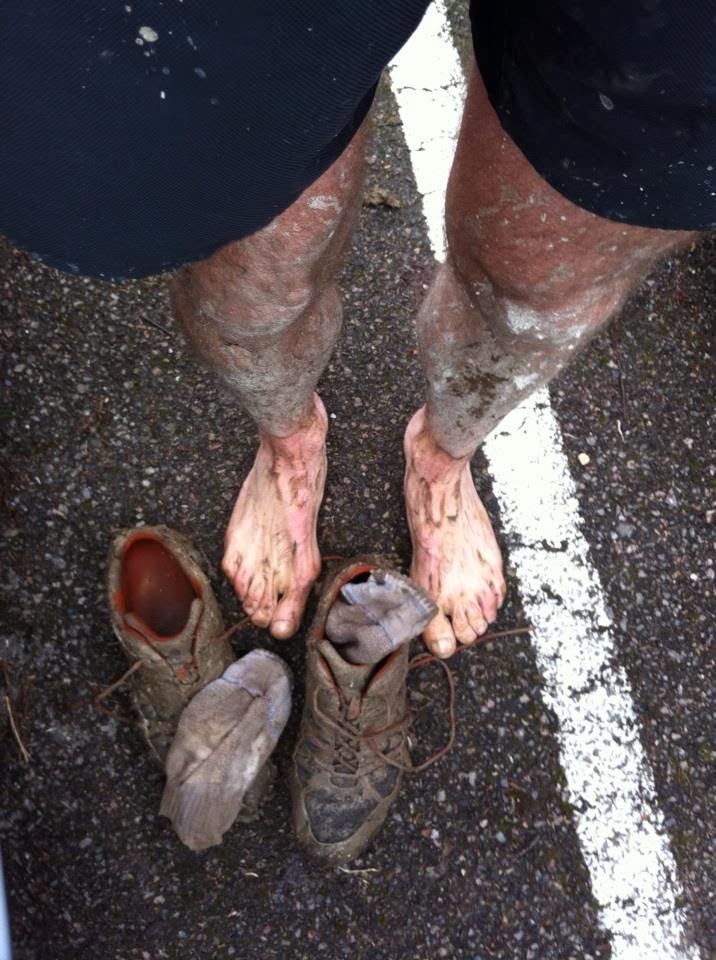 We ran along happily to the Cissbury ring at 12.5 mile and refilled bottles before cracking on. Cissbury is quite nice, as you leave the water station you circle a golf course and rise back up before dropping back into the same water station 3 miles later. Three stings down and one to go but my legs were now letting me know about it. Mind you it is a nice feeling coming round and seeing all the other runners having to start their loop. Jeff and I ran along steadily albeit quietly as we arrived at the final loop around Steep down. I was struggling at this point as i did the previous year but told myself once I had rounded this final loop I would have a Gel to set me up for the final push in. From mile 21 to mile 23 is another hard uphill slog and the final sting, luckily enough we had a nice tail wind that pushed us up the hill. Then the final downhill push for a couple of miles and a nice muddy finish. I told Jeff there was someone right behind us and we needed to sprint the last 800 mtrs of course there was no-one behind i just wanted to inflict some pain. 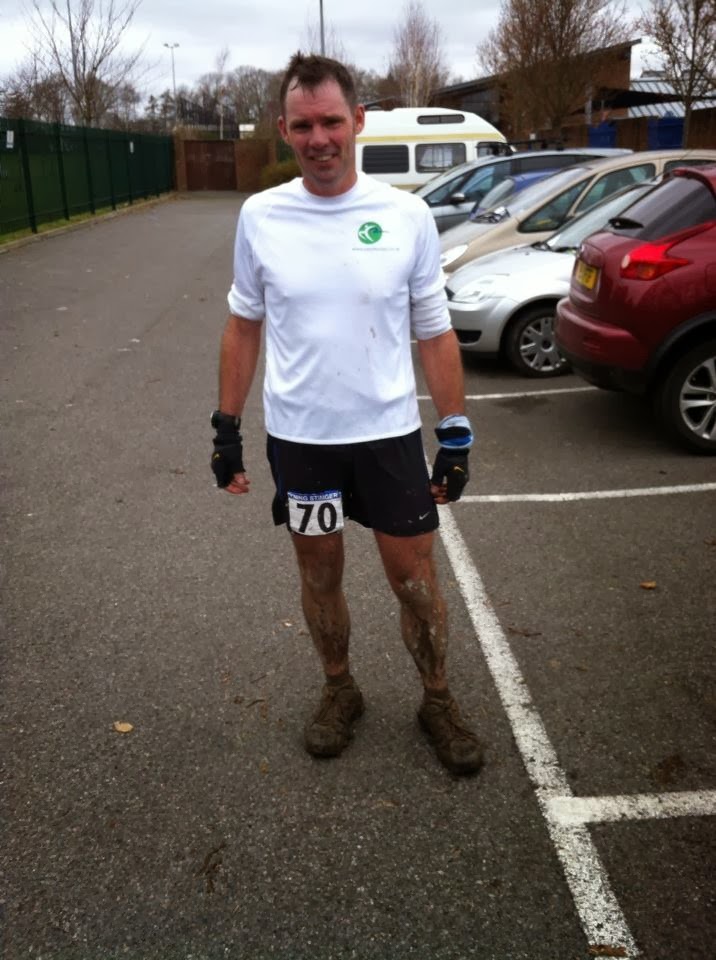 As you can see from the pics we were caked, just how I like it.

The day was completed with a medal and a cooked breakfast. Very nice.

Today was a funny old run I done what I had set out to do and that was to run the whole thing which i was pleased about. Jeffs company was great and we were just a smidge over 4hrs which isn't too bad given the hills and mud. What I wasn't too impressed with was my own performance. I've lost weight, I cross train, cut alcohol, my running training is smarter and yet I still had some real rough patches. My time was an improvement on last year but I wasn't interested in the time I wanted to feel strong for the whole race. Sadly I didn't, ok I am training a lot at the moment and have run almost everyday for the last two weeks so that may be it? My main concern is still my diet I could do with shedding another stone but food is my weakness. I do feel though to be able to push to the next level I will have to sort the diet thing out. This will be the hardest sacrifice yet.
Incidentally my wifes words of wisdom on my performance were "Well you are 40". Hmm thanks for that. 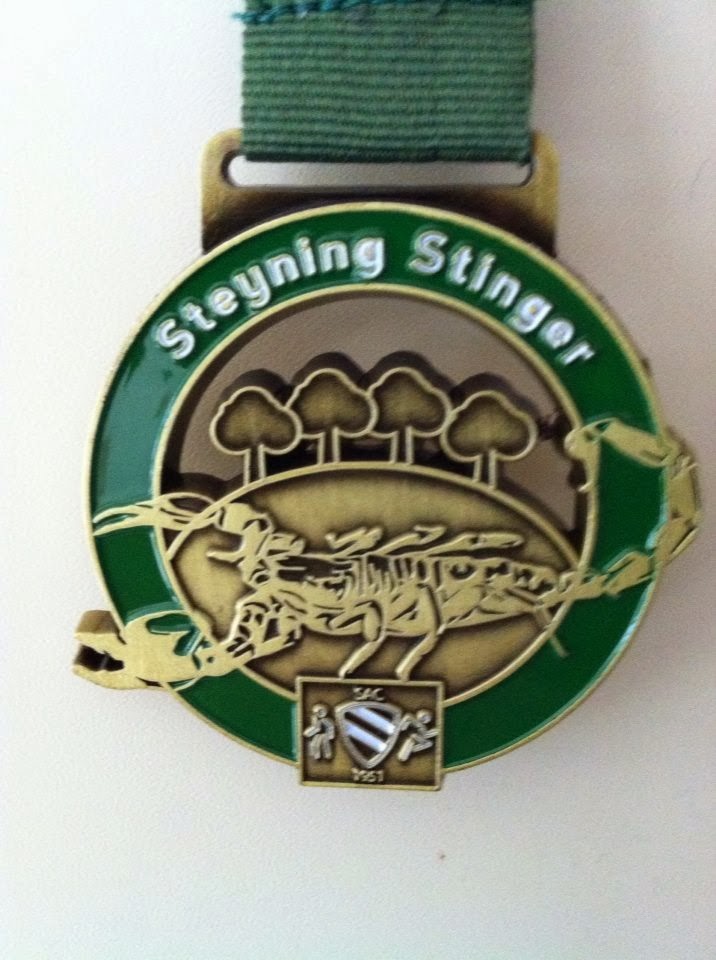 Finally a special thanks goes out to my new sponsor.