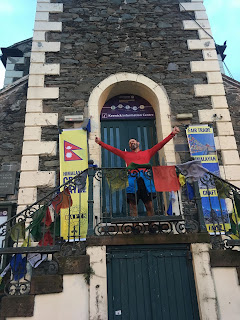 I really will never get over the generosity of my friends and family during that 24 hour period. Not 10 years previous my alliances lay with whoever bought me my next drink but these were my true friends and I'll be forever grateful. I have never been anywhere as special as the Lake District and never completed anything quite like this challenge.
I am now a member of the Bob Graham 24 hour Club and my number is 2366.